We’re tracking two key tax items at the moment – tax extenders and international reform.  Here’s our outlook for both.

For extenders, Congress has once again ignored the needs of American businesses by delaying adoption of a multi-year extender package until the last possible moment.  What’s the point of encouraging businesses to invest in new equipment if those provisions are enacted only retroactively?  Not only does it undermine the policy, it creates a dynamic where pass through owners are required to overpay their taxes over the course of the year, draining money from their businesses and reducing their ability to hire new workers and invest in new equipment.

The most recent word from the Hill suggests these concerns may be resonating, and that there’s a vigorous effort afoot to:

In other words, we may see a reprise of the deal they nearly closed last fall.  If true, this development would represent a significant early accomplishment in Ways & Means Chairman Brady’s tenure and help to set the table for more significant tax policies to come.

If the broader package fails, we’re hearing the Administration will push for a one-year extender package (2015 only) to give them one more chance to work on tax policy prior to the 2016 elections.  Obviously, a one-year extension of policies that have already expired would simply prolong the extender roller coaster ride that we’ve been on for the past several years and should be vigorously rejected by Congress.

On the international front, we reported in October that Chairman Ryan had officially put on hold his efforts to fix our international tax code by attaching it to the highway bill.  Ryan was unable to come to terms with Senator Chuck Schumer (D-NY) over highway funding levels and he faced a reform skeptic in Speaker Boehner.

Now that he’s Speaker, that effort may have new life.  New Ways & Means Chair Kevin Brady’s remarks in the Wall Street Journal, where he adopted Ryan’s “step one, step two” approach to pursing international reform in 2016, suggest Ryan has an ally at the head of the Committee.  Add to that Pfizer’s announced merger with Allergan in the largest inversion ever, the continued vocal support of Senator Rob Portman and other key policy makers for targeted international reforms, and the G-20’s endorsement of base erosion recommendations that are likely to hit US companies, and it all builds the case that something has to be done on the international front.

On the other hand, Speaker Ryan’s “60 Minutes” interview (see below) demonstrates he understands on-going tax rate disparity faced by pass through businesses.  Successful pass through businesses currently pay tax rates significantly higher than their corporate and foreign competitors.  That disparity would likely be made worse by reforms that focus on corporate concerns only.  Meanwhile, the innovation box draft that was designed to stop corporate inversions has failed to garner widespread support in the corporate community (see below), reinforcing the perception that the business community is far from unified over exactly what international reform should look like.

So that pretty much leaves us where we’ve been for several months now – the need for reforming how we tax business income is obvious, but the path to getting there is not, particularly with a President who opposes restoring rate parity for pass through businesses.

A coalition of large corporations has emerged to support the innovation box approach proposed by Ways & Means member Charles Boustany (R-LA).  We offered comments on that draft last summer and have been waiting along with the rest of the tax community for a redraft.  Rumor has it that the release of a new, improved innovation box draft is imminent, which explains the timing of this week’s announcement.  As Politico reports:

BUSINESS RESPONDS TO BEPS: A corporate coalition featuring Apple, Boeing, Cisco and Intel is using the G-20’s adoption of the OECD BEPS recommendations to ramp up their international tax reform efforts. The group, American Innovation Matters, is releasing a statement this morning pushing for an innovation box, even in the heightened gridlock of a presidential election year.

American Innovation Matters (AIM) joins at least three other coalitions out there pushing corporate tax reform, including RATE, LIFT, and ACT.  That’s a lot of corporate muscle in favor of reform.  Now if they could just agree on what it looks like. 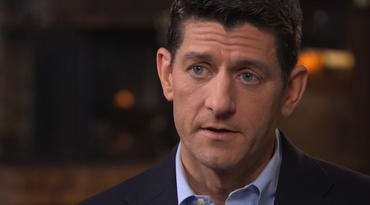 On Sunday, House Speaker Paul Ryan appeared on “60 Minutes” to discuss his new job and the challenges he faces:

I think you can walk and chew gum at the same time. I think you can oppose the president on some issue that you fundamentally disagree with, but also work with the other party on issues you do agree with. That’s what I’ve been doing. Look, if we can find common ground, we can on highways, we will on funding the government, hopefully we can on tax policy. Those are three things that will produce certainty in this economy in the next few months. Let’s go do that.

Our friends at Politico focused on the “next few months” line and what that might mean:

The “next few months” line there is interesting. A Ryan spokeswoman said the speaker was specifically referring to extenders, an area where practically everyone expects some sort of deal by the end of 2015. But Ryan has also left open the idea that international tax reform could happen in 2016, even though plenty of people see that as quite the longshot.

During the interview, Speaker Ryan also had the opportunity to lay out his vision for comprehensive tax reform:

Scott Pelley: You have proposed having only two tax brackets, 10 percent and 25 percent. That still your position?

Paul Ryan: Yeah, I’ve always liked that plan. And our tax code really punishes our small businesses, which is where most of our jobs come from. I mean, look, we’re sitting here in Wisconsin, overseas, which to us means Lake Superior. You know, the Canadians are taxing their businesses at 15 percent. The top tax-rate on successful small businesses in America, here in Wisconsin, is 44.6 percent. How can you compete like that? How can you have jobs? How can working families get ahead with a tax system like that?

Scott Pelley: Give me three things you would do on tax reform. Very specifically.

Paul Ryan: Well, I’d simplify the code dramatically. I would collapse the rates down to two or three. And I would change the way we tax ourselves internationally, so businesses can take their money and bring it back home so American businesses stay American businesses. And we have to drop our rates on our businesses. I think those three things right there are what I would do.

Paul Ryan has always been a vocal advocate for Main Street businesses and he understands the challenge S corporations and partnerships face with top marginal tax rates of over 40 percent.  The vision he outlined on “60 Minutes” meets the criteria outlined in our Pass Through Principles Letter signed by 120 of the largest and most active business trade groups in Washington DC.  Now that he’s the Speaker, he has an opportunity to move tax reform the fits that vision through the House.